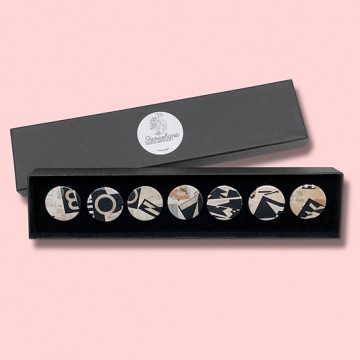 Badges by Dan Fern from Stereohype's B.I.O. Series 18. Dan's button badge artworks where created by physically holding a white circular paper mask over existing collages. He then took pictures of his selected details. Collages are based on a series of originally rectangular collages Dan worked on at the time titled Information May Have Been Lost (IMHBL).