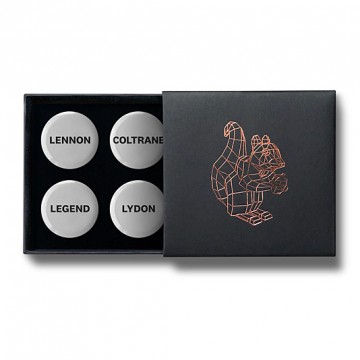 These artworks are also available as Button Badge Motif Print.