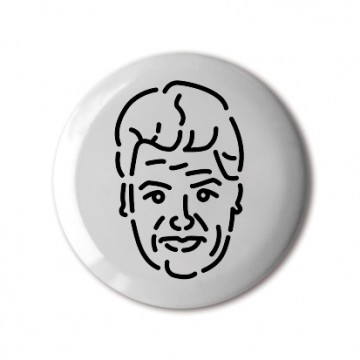 Matthew John Oakley was born surrounded by five defunct Coal Mines in Chesterfield, Derbyshire in a snow storm of February 1979. In this crap reboot of Kes, that was Matt’s childhood and adolescence, his Hawk was a family rental TV that could be hooked up to a slew of 80s and 90s heroes from all available universes, from cartoons a plenty, anything by Sensible Software, Eric Cantona, Johnny 5, Vic and Bob and Nirvana, to the Michael’s (Jordan, Jackson, Keaton, Tyson and J.Fox) reading like a who’s who of whom he has ever made artwork about in some roundabout way.

A die-hard dyslexic he’s crafted a professional background in video game art, graphic design, informal and formal education, shoe fitting, amenity horticulture, rock front-manning, care work and retail using his trademark blend of anxiety, rapid Iteration and pipe-based dreams. He’s kind of like the 1992 Olympic USA Basketball Dream Team but if Morrissey was their coach and they were all made to wear those big f**k off platformy metal plated Goth boots. Matt’s Commas4eyes Studio work can be found in Instagram and in various locations around the globe.

8 other products by: Matthew John Oakley