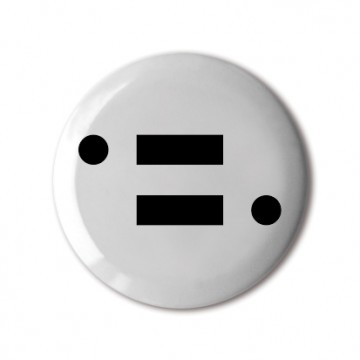 The internationally recognised peace symbol is a combination of the semaphore signals for the letters ‘N’ and ‘D’, standing for nuclear disarmament. Alice Tosey's set of four button badges is a stronger call for the abolition of nuclear weapons, exploring forms of communication for the letters ‘N’ and ‘A’ using morse code, international code of signals, binary code and semaphore flags.

Alice Tosey is a London-based designer who strives to produce work that will inform, encourage dialogue and hopefully create some smiles along the way. Over five years, her practice has taken her to widely recognised studios in London and Tokyo.

7 other products by: Alice Tosey