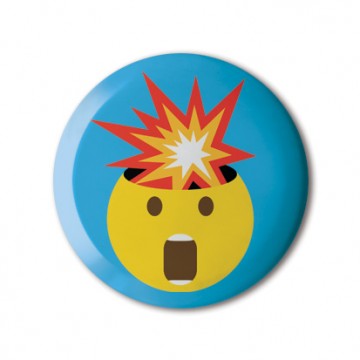 This artwork is from Stereohype's Emoji Series. The colour variant with blue background was added in June 2017.

Excerpt from the book The Story of Emoji by Gavin Lucas (Designed by FL@33 and published by Prestel, 2016).