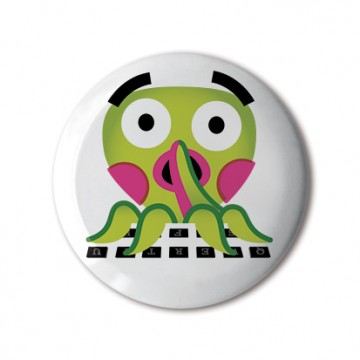 ‘Our emoji features a gentleman octopus at a keyboard that’s just done a typo. We use stickers and emoji regularly and haven’t got one for that!’ — Peskimo

Peski Studio (formerly known as Peskimo) are the pesky Jodie and David and pictures and animations are what they do, among other things! Their style has been called eccentric, bizarre and amusing but it always remains nice to look at. Clients include a range of work for various magazines and everything else from branding to toy designs. Peski Studio's work has been featured in galleries around the world including Japan, Sydney and New York. The future holds yet more character design fun and plenty more animations and drawings!