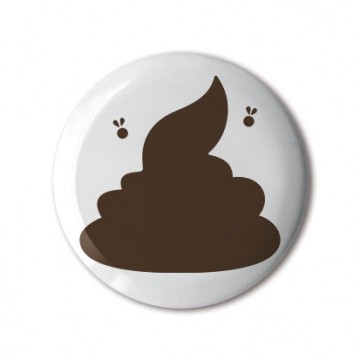 ‘Inspired by the classic poo emoji, this particular pile of shit requires a second look: the sides of the poo form silhouettes of screaming people, their eyes formed from the flies buzzing around the poo. This is the emoji to reach for when the shit really hits the fan!’ — Noma Bar

Avinoam 'Noma' Bar (born in 1973) is an Israel born graphic designer, illustrator and artist. Noma Bar loves to tell visual stories. With a deft touch he can imbue simple graphic forms with political and social commentary, or manipulate everyday icons to create witty, double- take images that make you look once, twice, three times. With his bold use of colours, shapes and pared down iconography, Bar captures the spirit of a person or the heart of an issue with arresting clarity and humour and his instantly recognizable style has established him as one of the world’s most in-demand illustrators.

1 other products by: Noma Bar