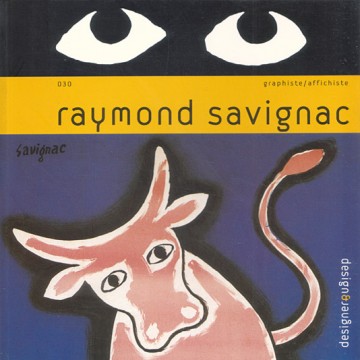 Design & Designer 030 – Raymond Savignac, official blurb: The Design Centre at the University of Quebec at Montreal exhibited 136 of Raymond Savignac’s posters from in 2005. The retrospective was a dream opportunity for the design&designer series to dedicate a title to the man who revolutionised post-war poster design. After devoting a book to the work of the late Roman Cieslewicz, Éditions Pyramyd is revisiting the roots of contemporary graphic design with Raymond Savignac. An inspiration for many artists, Savignac conceived his posters like graphic slogans, at once humorous and spontaneous, and some of them acquired worldwide fame.