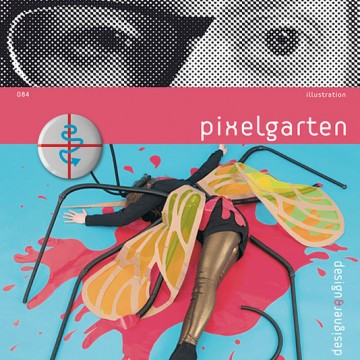 Comes with a Red Plus button badge by Pixelgarten from B.I.O. Series 11.

Pixelgarten is a small bureau for multi-disciplinary creation based in Frankfurt am Main, Germany. It was founded by Catrin Altenbrandt and Adrian Niessler. They have been working for various clients in many fields of design including illustration, fashion, corporate identity and editorial design. The duo also likes to create their own self-initiated projects and have been extensively exhibiting their work. A book about their work called Design & Designer 084 – Pixelgarten was published in 2011 as part of Pyramyd Editions' bilingual (English and French) monograph series.