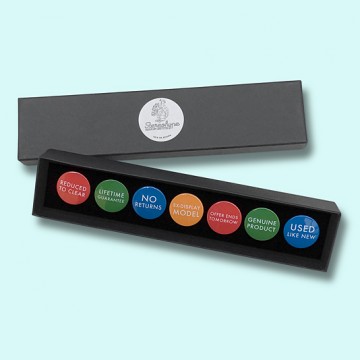 Badges by Richard Fenwick from Stereohype's B.I.O. Series 18. To know the price of everything and the value of nothing. 'My take on consumerism in the modern world. Already a wise and savvy consumer, my son, James, 9, was a massive help in coming up with this concept.' Richard Fenwick