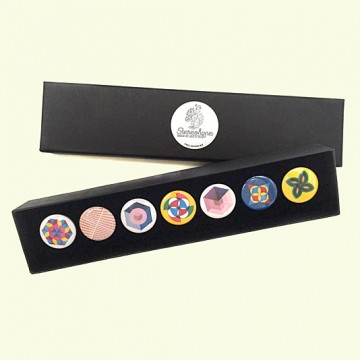 Fred Deakin currently runs the collaborative organisation Fred & Company which specialises in interactive art and educational projects. He is also Professor of Interactive Digital Arts at the University of the Arts London. As half of the band Lemon Jelly with Nick Franglen he has been Mercury and Brit nominated, sold over half a million albums, headlined stages at almost every major UK music festival (Glastonbury, Bestival, Big Chill, Reading, Leeds, T in the Park etc.) and made three albums he is very proud of. Fred was also founder and director of ground-breaking London design agency Airside with Nat Hunter and Alex MacLean which won and was nominated for two BAFTAs, nine D&ADs, four Design Week Awards including Best In Show, a Webby and a bunch of others he can’t remember. They ran for fourteen years and closed on a high in early 2012. The Gestalten book Airside By Airside (2010) tells their story; it was a lot of fun.

11 other products by: Fred Deakin