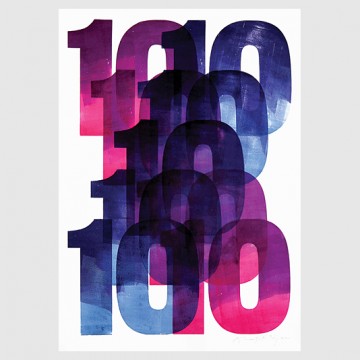 Signed original Alan Kitching letterpress print, A1 (59.4cm x 84.1cm/23.4” x 33.1”), portrait, without frame, limited edition of 10 (Yay! At time of printing the exhibition catalogue thought to be only one print). All letterpress artworks of this edition are slight variations as they were of course all individually printed by hand. Please note: prints will be shipped directly from Alan's Typography Workshop and may therefore take a few days longer than our usual Stereohype times. Please get in touch with us if you require a more precise delivery time of this item.