Back to latest news and list of links to other archived years. 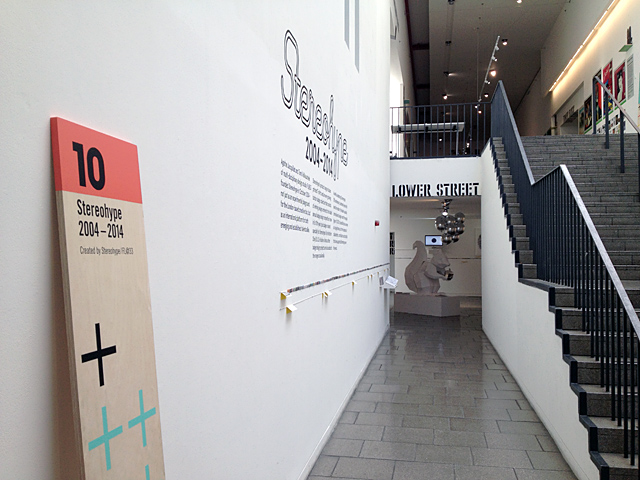 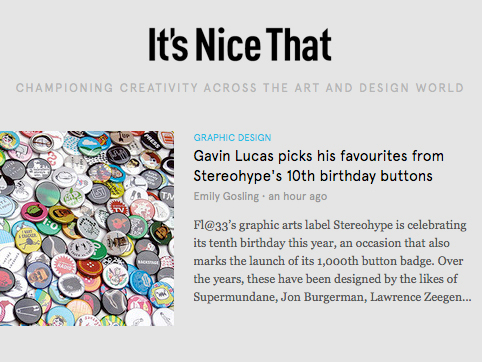 It's Nice That features the 10 favourite picks from Stereohype's 10th birthday buttons as selected by Gavin Lucas – author of Button Badge Pin and Stereohype 2004–2014's intro. 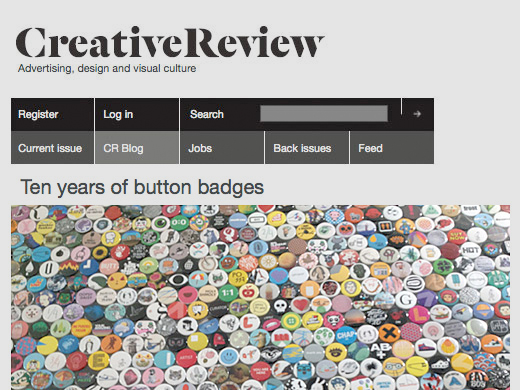 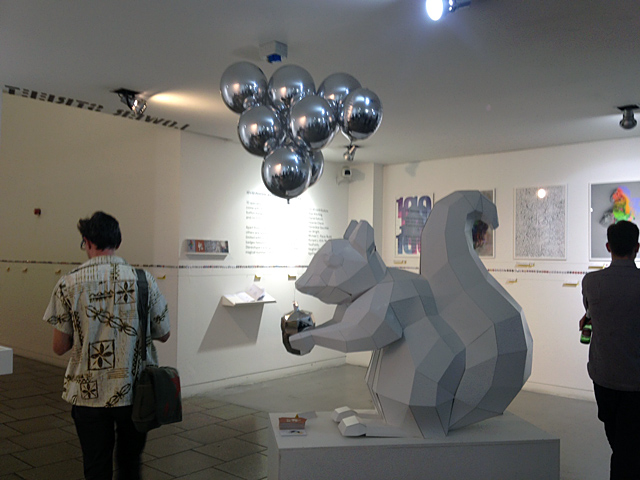 We finally managed to edit and post many pictures from our sister-company's currently still ongoing exhibition Stereohype 2004–2014 that FL@33 curated and designed. We also posted all the FL@33-designed and/or art directed exhibits – including more pictures from our party squirrel sculpture – and previews of Stereohype's 10th anniversary book that is now available at stereohype.com. 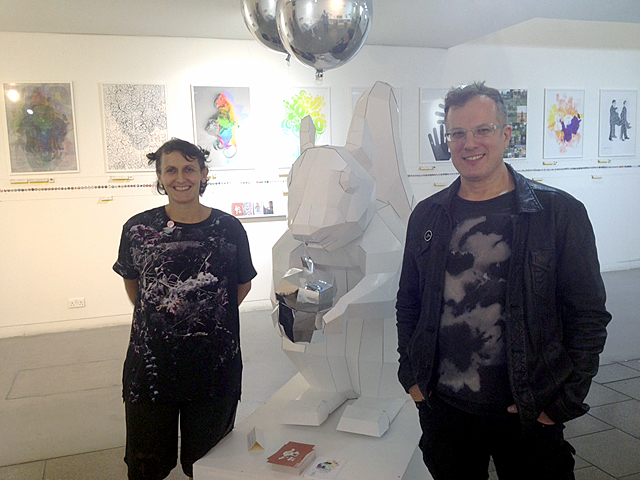 A big THANK YOU to all who made it to our private view last night and those who would have liked to join us but couldn't. Thanks also to the LCC team for hosting it! The show is still open until – extended to 8 November (was 31 October).
*:) Agathe + Tomi 8) Info: Stereohype 2004–2014 show 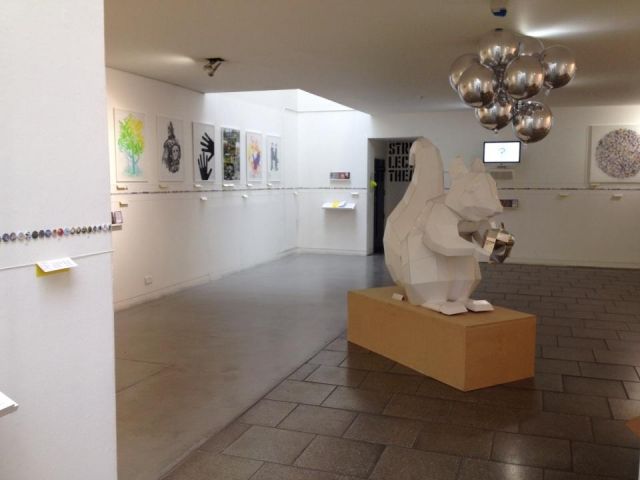 The party squirrel already arrived today waiting for you lot to celebrate 10 years of Stereohype at tomorrow's private view. Hope you can make it. Info: Stereohype 2004–2014 show 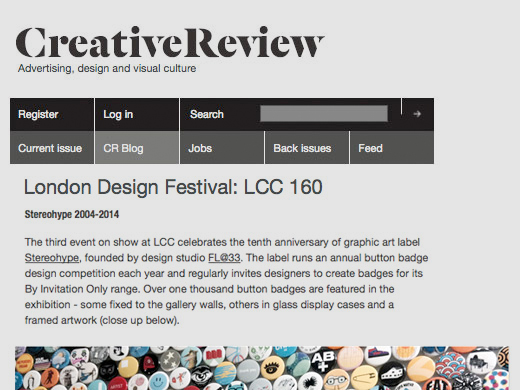 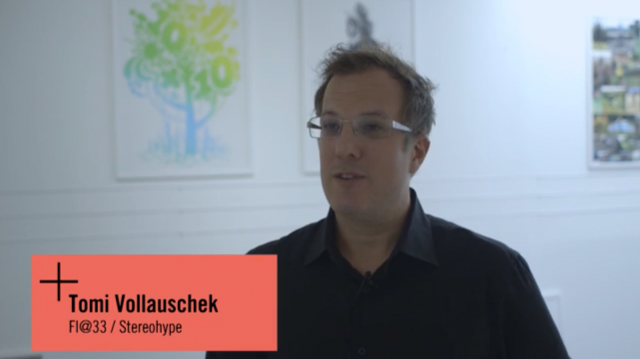 London College of Communication who kindly host our exhibition as part of their '160' show put together a little preview video. Watch it here: Stereohype 2004–2014 show 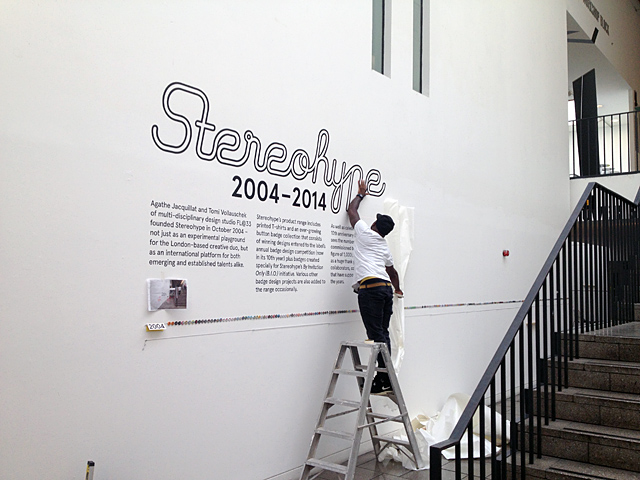 Vinyl lettering for our exhibition Stereohype 2004–2014 was applied today. Almost there... The show opens on Saturday, 13th, and we hope to see you at the private view on Thursday, 18th. 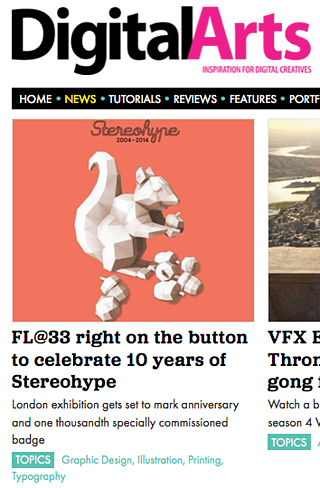 Digital Arts posted a nice article about our forthcoming exhibtion in their online news section: FL@33 right on the button to celebrate 10 years of Stereohype 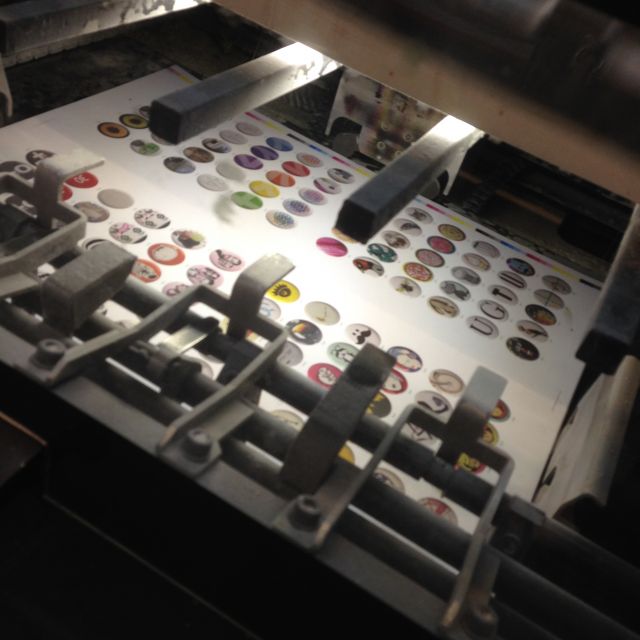 FL@33-designed exhibition catalogue Stereohype 2004–2014 on press at ArtsQuarters Press who kindly support this publication. The entire 1,000-strong button badge collection is featured in the catalogue – so are numerous packaging solutions and collaborations. Launching at the exhibition... 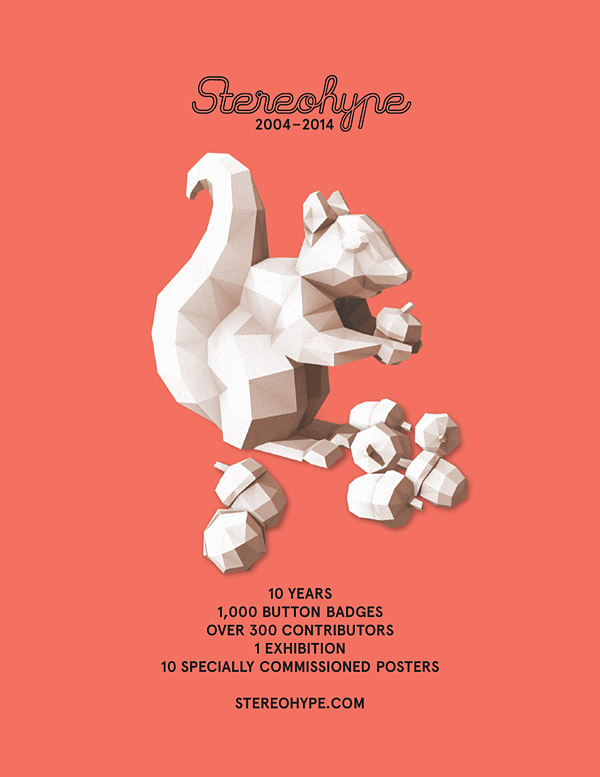 Please join us in London when we celebrate Stereohype's 10th anniversary – FL@33's experimental playground and international platform – with a huge exhibition. The private view will be on 18 Sep and the show will run from 13 Sep until – extended to 8 Nov (was 31 Oct). Please read the press release and invitation for all details.


August 8th, 2014
Stereohype 2004–2014 — It's official as of today: FL@33's experimental playground and international platform for both emerging and established talents alike – Stereohype – will celebrate its 10th anniversary in style with an exhibition that will open its gate during London Design Festival 2014 and as part of '160' – a series of exhibitions hosted by the London College of Communication (LCC).

The FL@33-designed and curated show also marks the fact that Stereohype's popular button badge collection, created by over 300 contributors, will reach its 1,000th button badge this September, with each badge being showcased including an anniversary poster and badge project specially commissioned for the occasion. Preparations are in full swing and the official press release and invitation will be posted soon.