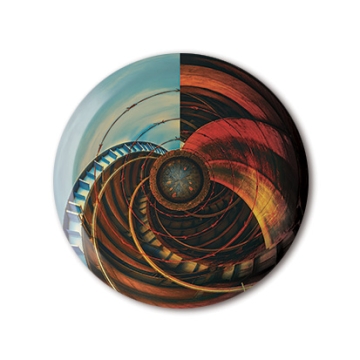 Marc Atkins is an English artist, photographer, videographer and poet. Marc has lived and worked for many years in London, and has also spent extended periods of time in Rome, Detroit, New York, Warsaw and Paris. As an artist he has exhibited in many galleries, including the Royal Academy of Arts, London, Royal British Society of Sculptors, London, and the National Portrait Gallery, London. Atkins has presented his work and ideas on the image at lectures and conferences at venues in the UK and internationally. His images have been acquired for public and private collections, including the National Portrait Gallery, London, The Tate, London and the University of Cambridge.

His solo photography books include The Teratologists, Liquid City, Faces of Mathematics, Thirteen and Warzsawa. His work is included in several international photography compilations including The World's Top Photographers: Nudes and Nudes, (which also includes work by Guy Bourdin, Bettina Rheims, Robert Mapplethorpe and Rankin), and has also been published and reviewed in magazines worldwide. Marc's prose poetry has been published in three collections The Logic of the Stairwell (Shearsman), The Prism Walls (Contraband) and Silent Street (Shearsman).

14 other products by: Marc Atkins