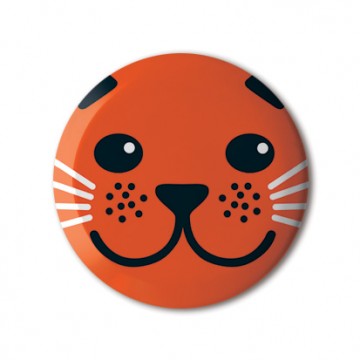 ‘Having a four-year-old that enjoys delving into my phone, I wanted to create a series of emoji that would be fun for her to discover and to add to the messages we send to grandma.’ — Lucy Vigrass

A founding member of the internationally renowned Peepshow Collective, London-based Lucy Vigrass works both independently and collaboratively across illustration, animation and installation work.

4 other products by: Lucy Vigrass