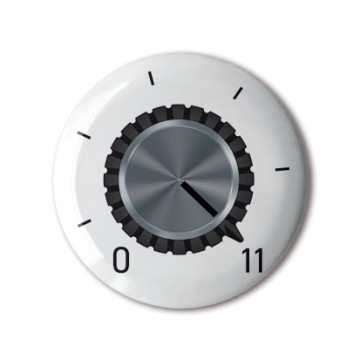 Volume Turned Up To 11

‘My emoji was inspired by the cult classic mockumentary Spinal Tap, in which all the knobs on lead guitarist Nigel Tufnel’s custom-made Marshall amplifier go up to 11, rather than the standard 10. It is (quoting Tufnel) “for when you need that extra push over the cliff.”’ — Julian Morey