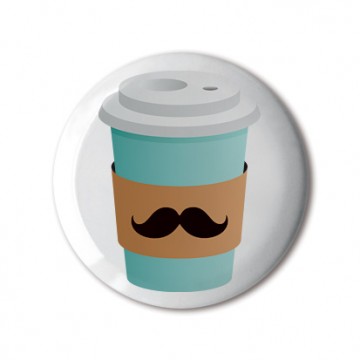 ‘Hipsters have been driving the specialist coffee market for a few years, and nothing symbolizes the hipster better than a waxed moustache. So our emoji represents not just any old takeaway coffee, but a hipster coffee – usually the best you’ll find in town!’ — Hey Studio

Hey is a graphic design studio based in Barcelona, Spain. The studio was founded in 2007. They specialise in brand identity, editorial design and illustration.