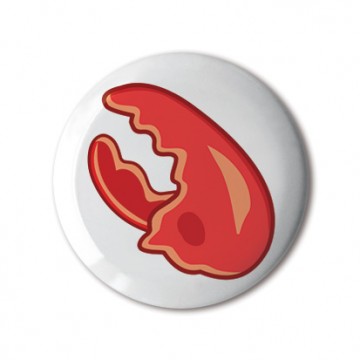 ‘My thinking behind my lobster claw emoji was that it could be used in a dining context, in a flirtatious way (to give someone a cheeky pinch), combined with the fist emoji on the first day of the month (pinch punch) or even combined with the Easter Island head if you’re a B52s fan!’ — Ali Graham

Ali Graham aka GrArG Media is a freelance artistic venture in the world visual media marketing. Offering a wide range of skills and services in film, illustration, animation and design, as well as developing and producing numerous original, independent productions. GrArG Media has fast established itself as a fun, fast, efficient and professional solution for a diverse list of clients and requirements.