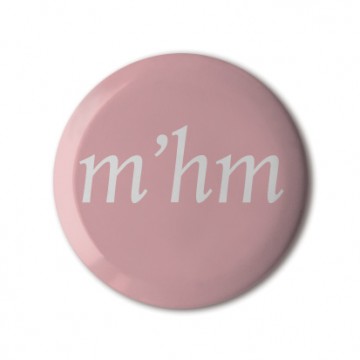 Listener — In 2015, as part of the Early Lab with students of University of the Arts London (UAL), Nick Bell has been working on a research project on youth mental health with young service users of the Norfolk & Suffolk NHS Foundation Trust. These badges commemorate all the careful listening that was invested in the search for a much better mental health service for young people. 1 in 10 children in the UK have a diagnosable mental health condition and so do 1 in 4 adults.

Nick Bell is a designer absorbed by the new social potentials of design. He likes to use design to frame socio-ecological challenges that are public forming. He finds the collaborative nature of practice that complex challenges demand fascinating. Designing responsively, he prefers to work directly with stakeholders in the places where they are – using processes of making in creative co-production that help people articulate and communicate their side of the story.

He is UAL Chair of Communication Design at the University of the Arts London (UAL), where he co-founded the Early Lab – a cross-university, trans-disciplinary research lab consisting of a group of students proactively offering co-consultancy much earlier in project processes than is typical for design. He is also an editorial designer running a design studio, Nick Bell Design, which has a curatorial concern for the voice of interpretation and interactivity. Previously he was creative director of Eye magazine, the collectable and critical journal of graphic design.

7 other products by: Nick Bell