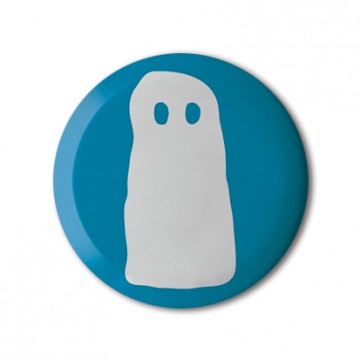 Timothy Hunt aka Fickle Fate is a graphic designer based in the UK creating digital illustration and animation. "Timothy’s illustration is exuberant in its playfulness, created from primitively drawn characters in primary-coloured environments, and is equally suited to children and adults with a penchant for the absurd. His world is like a rainbow-coloured medieval England – men defecate on each other’s heads from on high (not a problem it’s a multi-coloured stool) and there’s a common complaint of having goo in one’s shoe. If none of this madness is to your tastes then we recommend a career in science, where literally no one poops rainbows."
It's Nice That

8 other products by: Timothy Hunt