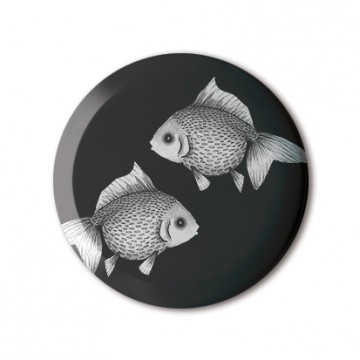 Mai Ly (Maily) Degnan is a Florida-born illustrator, currently based in Baltimore, MD.  She earned her BFA in Illustration at the Savannah College of Art and Design, as well as her MFA in Illustration Practice at the Maryland Institute College of Art. Maily is obsessed with tedious line work, pattern making, and creating humorous illustrations that make light of unfortunate events. She enjoys juxtaposing upsetting subject matter with children's-book-like illustrations. This pairing of opposites often comes across as quirky and offbeat, which is exactly her aesthetic. Her work has been recognised by The Society of Illustrators of New York and Los Angeles, American Illustration, and 3x3. Some of Maily's favourite things include stop motion, pugs, and John Waters.

8 other products by: Maily Degnan