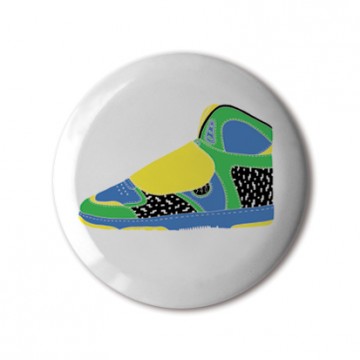 Simon opted to draw the shoes he wore while skateboarding in the early 90s.

Self-professed ‘visual tinkerer’, Simon Peplow is an illustrator, designer and artist living and working in Birmingham, UK. His work has been exhibited internationally from London to Hong Kong and Portland. He is also one of the founding members of artist group The Outcrowd Collective.

9 other products by: Simon Peplow