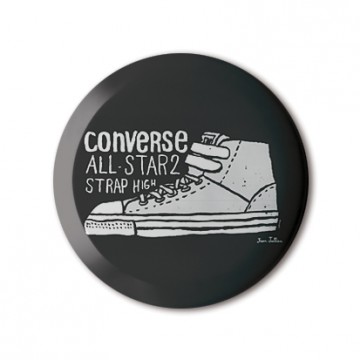 Jean Jullien is a French graphic designer living and working in London. He comes from Nantes and did a graphic design degree in Quimper before coming to London. He graduated from Central Saint Martins in 2008 and from the Royal College of Art in 2010. He works closely with the musician Niwouinwouin. His practice ranges from illustration to photography, video, costumes, installations, books, posters and clothing to create a coherent yet eclectic body of work. In 2011, he founded Jullien Brothers, a duo specialised in moving image. In 2012, he created News of the Times with Yann Le Bec and Gwendal Le Bec.

5 other products by: Jean Jullien