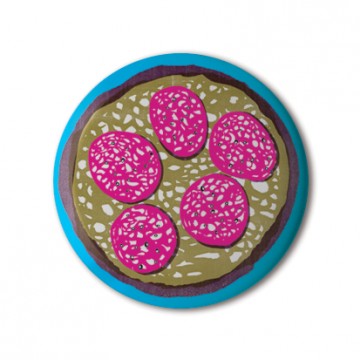 Hort is a small graphic design studio made up of a mixed bag of uniquely selected, creative and spirited people. Throughout its existence Hort has been a constant pioneer in re-inventing the visual language of Contemporary Graphic Design. Hort’s ongoing experimental enthusiasm has inspired many young budding designers, found its way as an influential source amongst our own contemporaries and been featured in countless publications. Hort's hard work finally payed off last year by being awarded Germany's Visual Leader of the year 2011 by the Lead Academy.

10 other products by: Hort