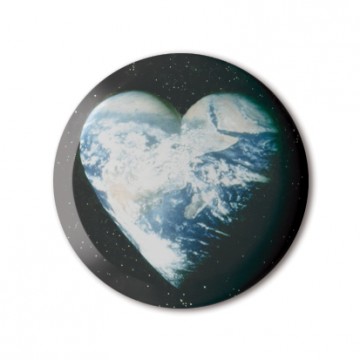 Heart: Design for an earth flag on the theme of solidarity. Skull: Design, technology and the global brain. Mask: Two ways of educating; One aspect regards the mind as a vessel into which is to be poured all the knowledge it will hold, the other regards the mind more as a fire to be set alight and blown by the winds of universal wisdom.

Educated at Central School of Art and Design, London 1960. Director of design consultancy service of Knoll International 1961. Partner Crosby/Fletcher/Forbes 1999. Co-founder Pentagram 1972. Founder Mervyn Kurlansky Design 1994. Clients: Multinational corporations, cultural establishments and educational institutions worldwide. Awards: bronze medal Brno Biennale, silver awards Designers and Art Directors Association and New York Art Directors Club, gold award Package Designers Council and Japan’s Minister of Trade and Industry, Gustav Klimt prize 1995, Danish IG design prize 1996. In 2006 he was inducted into the South African Hall of Fame. His work is in the permanent collection of MoMA New York and has been featured in publications and exhibitions worldwide. He conceived and designed the books, Watching My Name Go By, the first documentation of New York graffiti, and Masters of the 20th Century celebrating the work of the 107 speakers of Icograda London Design Seminars 1974-1999, co-author of four books about Pentagram. He is active in design education, lectures extensively and serves on design juries internationally. He is Past President of Icograda (the International Council of Graphic Design Associations), a Fellow of the Chartered Society of Designers, the International Society of Typographic Designers and the Royal Society for the encouragement of Arts, Manufactures and Commerce. He is a member of AGI (Alliance Graphique Internationale) and the Danish Design Association.

10 other products by: Mervyn Kurlansky