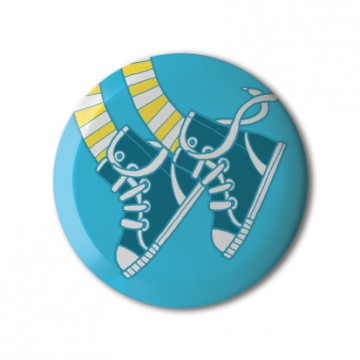 Allan Deas is a London-based designer and illustrator originally from Scotland. Having worked for many years as a graphic designer in the fashion industry Allan finally returned to his passion for illustration which he studied in the late 90s (before the days of computers!) A self confessed "visual magpie", he finds inspiration in everything from vintage packaging and 70s kids TV programmes to matchboxes and stamps and likes to collect anything considered "eye candy" despite running out of shoeboxes to store it all! His illustration style consists of deliberate lines and block colour and has been described as "beautifully retro and organic with a very strong sense of humour".

8 other products by: Allan Deas