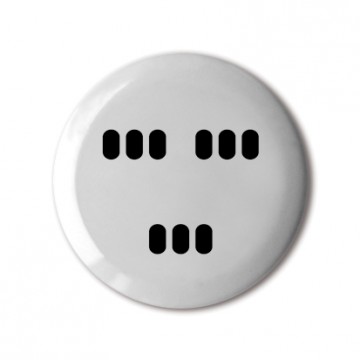 Images from an ongoing study of patterns used in doorway intercoms.

AKA Bill Posters (real name, Stewart Greenway) is a London-based Royal College of Art graduate balancing his time between graphic and web design, writing web code and communication art and painting. He uses his curiosity about the incidental, everyday sights which we pass or interact with without noticing to bring the smaller details of our surroundings into view. His fascination with the incidental is most evident in his self-initiated work and he has recently begun two new series of large-scale paintings and drawings based on further explorations of this theme. Though spread across a number of media, including paint, pencil and pixel, digital and hand-rendered, a graphic sensibility underlines all of his work.

8 other products by: Stewart Greenway