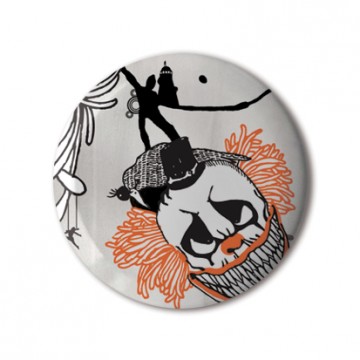 Graduating together from the London College of Printing, Jonathan Kenyon and John Glasgow launched Vault49 alongside their final year degree show. The collaboration quickly emerged as one of the UK’s leading and most innovative design companies with a broad portfolio spanning typography, illustration, photography and animation. Following their relocation to New York in 2004, Vault49 continue to achieve sustained coverage in the best of the UK, US, and worldwide design press by virtue of the breadth of their ability across all fields of design, and reputation for creating consistently innovative work for an international client list.

8 other products by: Vault49