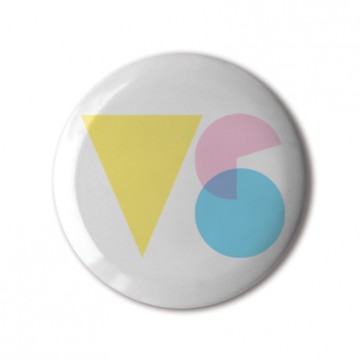 "Paper Skull — It's a b/w picture I took of my paper skull. Versus — Just a V and an S, a versus, illustrated by juxtaposing basic shapes... just something 'kawaï'! Very Nice/Vice: A little typographic game. The same kind as the logo I've done for the blog Manystuff."

Pierre Vanni aka 'P' was born in 1983 in Toulouse, France. He currently lives and works as a graphic designer in southern France. Through his work, he likes to offer the lisibility of the process because it expresses the intentions of his projects... so 'P' stands for 'Process'.

7 other products by: Pierre Vanni