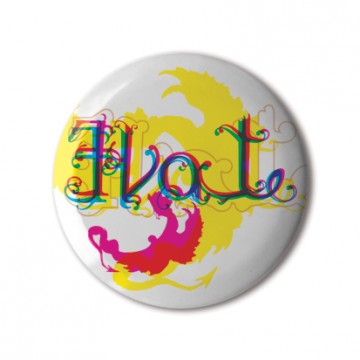 The Vice Versa button badge set consists of three designs based on the idea of rotation (a so called 'ambigram') and reflection. Form follows ideas. Show your versatility. Vice Versa badges express your thoughts, as positive or negativethey might be. The word 'Love' magically transforms into the word 'Hate' when seen in a mirror and vice versa.

Rachel Pfleger is a French graphic designer with an established career in book design. After graduating from Ensci-Les Ateliers-Paris Design Institute (École nationale supérieure de création industrielle), she freelanced in Paris for several clients in various areas such as publishing and identity, exhibition and product design before moving to London where she joined Black Dog Publishing in 2006. She is now leading designer in the team.

7 other products by: Rachel Pfleger