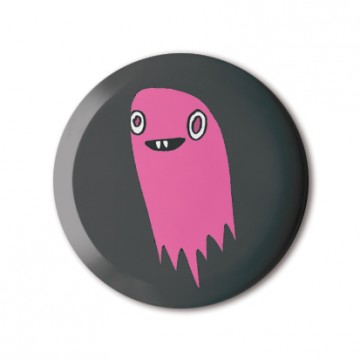 UK-born, NYC-based Jon Burgerman draws, paints, clicks and sleeps. Burgerman’s work has been widely exhibited around the world in galleries located in great cities including New York, LA, London, Hong Kong, Paris, Melbourne and Derby. His work has been published in many magazines, books and journals which includes The Guardian, Grafik magazine, Made & Sold, Pictoplasma, Creative Review, DesignWeek, Stick ‘Em Up, Computer Arts, Play, Designed to Help, The Fundamentals of Illustration and This Is A Magazine. He received a D&AD Silver award nomination for his work for Levis, worked on advertising campaigns for Gortex, Snickers and Puma, designed a sick bag for Virgin Atlantic and has had his character animations played at variety of music concerts and festivals (V festivals, Isle of Wight). Other projects include a range of vinyl and plush toys with the Hong Kong based manufacturer Flying Cat, a special 'Burgertown' race track for Sony's PSP game WipEout Pure, a collection of short animations for MTV, a range of T-shirts, snowboards and skateboards for various top brands and the book Hello Duudle – The Duudleville Tales published by Wiggleton Press.

10 other products by: Jon Burgerman