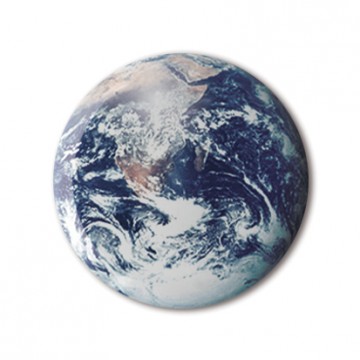 This artwork is by one of eight winners of our second annual button badge design competition – selected from 351 entries submitted by 142 individuals, collectives and studios.

Andy Steward (AKA Stewy) is a UK stencil street-artist making life size stencils of groundbreaking, obscure and forgotten psycho-geographic Icons and an ever expanding library of British Animals. These images have progressed from small pigeons, created in London and Brighton in 2007 to his most recent American icon series including Patti Smith, Thurston Moore, Yoko Ono, Steve Reich and Adam Yauch – all chosen by Stewy.

He is interested in the placing the imagery in the right urban location to highlight the notion of nature reclaiming the city or a person located where they worked lived or died – nothing appears by accident. Stewy’s work can often be seen in obscure locations away from the main Street art hotspots adding a narrative through image and locations, like Dylan Thomas at his local pub in Laugharne or Sylvia Plath in Hebden Bridge not far from where she’s buried. The work can been seen Manchester, Birmingham, Hastings, Brighton, London, Bristol. Originally from Birmingham he graduated from Brighton of University in 1997 and currently lives in Bristol.

10 other products by: Andy Steward