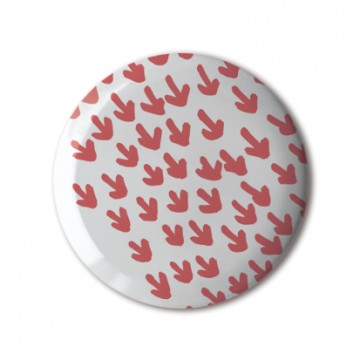 Designer and illustrator Kat Stubbings is the creative mind behind her currently dormant Vilderness sideline project we had the pleasure to stock in the early years of Stereohype. At the time she wrote: "Tread carefully when wandering through the Vilderness, you may find a child’s wooden leg, tentacled antlers, inhabitable trees, flora and fauna, the architectual dangerous or a nice cup of tea. This London based adventure provides a diverse collection which could be anyone of a million notions that baffle and pre-occupy. Vilderness gives you its characteristicly layered signature on hand-finished sweatshop free garments, as well as other limited and rare products. Vilderness has also exhibited throughout Europe."