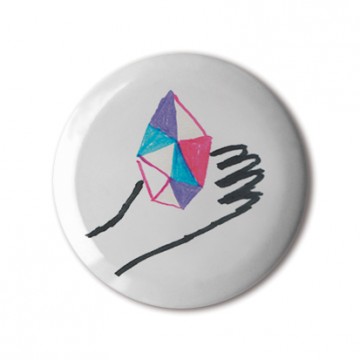 Cut out bits of paper, fragments of hand-drawn memories are just some of the elements, which make up Luke Jethro Best’s image making. Lukes approaches each project with a specific treatment, employing from his diverse vocabulary. By consciously avoiding a specific or fixed way of working Luke’s output takes on a diverse range of formats including video and animation, self-publishing books, illustrating for editorial, designing T-shirts and making homemade spacesuits. This ease of movement between formats is also reflected in the works constant state of flux. By revisiting older drawings and works on paper, sometimes reconfiguring them and their reoccurring themes into newer works, lends an endless exploration of subject matter and a constant regenerative approach to image-making. Since graduating from the Royal College of Art in 2001 Luke has worked as an illustrator, in a directing partnership Rosco&Best, and is a member of the London-based collective Peepshow.

11 other products by: Luke Best