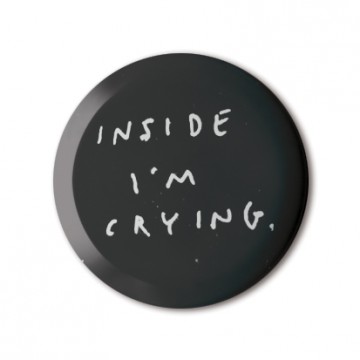 Born 02.09.73 in Budapest, Hungary, David moved to London in 1986 at the age of 12, and started life as a British person. He studied graphics at Brighton University and then at the Royal College of Art in London. His method of producing imagery can be compared to a reverse washing machine, starting with a pristine page and gradually adding all manner of filth until a balance is reached. David’s output is prolific, his relationship with Big Active has led to commercial commissions for many of the world’s leading brands, bands, and editorial clients. Exhibitions include Parco Gallery in Tokyo in 2004, and in 2005, 'Graffiti Meets Windows' live painting event in Osaka and solo shows 'New Work' at London's Magma Gallery and another one in Slovenia. He now lives and works in Brighton.

9 other products by: David Foldvari