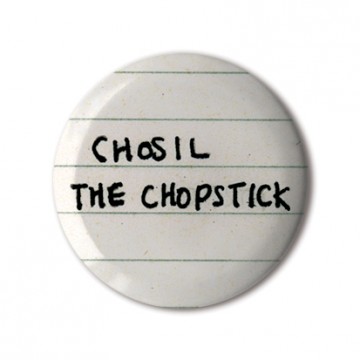 "People call me differently: bank people on the phone often think my name is Patricia or Trisha.Yuko thought it would help him to remember my name when he thought of Chorizo. When I was at the RCA, Hanna came up with nicknames, so she can remember people and thought 'Chosil the chopstick' is brilliant. James used to call me Moonface."

"I am good at being in relationship, but only in the beginning. I like having muses to get inspired. I work with three very tall Danish girls in Janfamily. They call me 'The kleine Koreanerin'. I have a difficult name."

8 other products by: Chosil Jan Kil