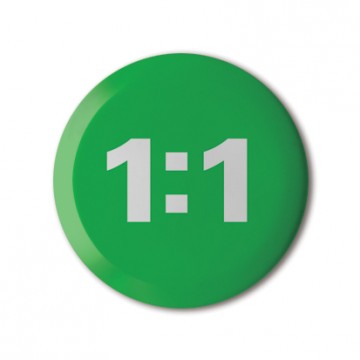 Brighten the Corners is Frank Philippin and Billy Kiosoglou. A German and a Greek, they met studying Graphic Design and set up Brighten the Corners after graduating from the Royal College of Art in London in 1999. They have a studio in London (Brixton) and in the Odenwald (near Darmstadt/Frankfurt). "We like simple design. We like to keep things clear and enjoy editing out all the unnecessary bits that cling to ideas, so you can call us minimalists, it’s OK. But we don’t like dry work. We believe design should be concept driven, personally formed as well as engaging & fun."

11 other products by: Brighten the Corners