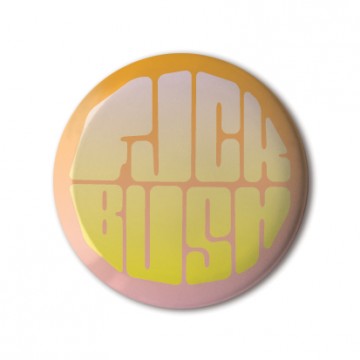 "The F**K B**H badge is the ultimate airport customs accessory. Its metallic construction makes it sensitive to metal detectors, and its subtle message guarantees you a special treatment by US Customs officials. Revive the free spirit of the sixties today with a bold statement expressed in a flowery style."

5 other products by: Yorgo Tloupas