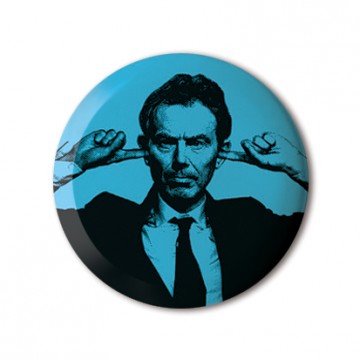 Patrick Duffy's creative journey began as designer and art director at Sleazenation magazine, recently described as ‘one of the world’s most influential style bibles’. This was followed by the founding of No Days Off, a design studio with a reputation for unique creative thinking, a love of craft and a healthy taste for the unusual. From 2012 to 2014, he was Head of Design and Creative Director at Fallon, working with clients such as Cadbury, Skoda and George at Asda.

From March 2015 to Sept 2017, he was kept happily busy as the EMEA Creative Lead at Airbnb, leading teams in Europe and the US and partnering with the likes of Lego, Natural History Museum and Abbey Road Studios. The creative output at Airbnb was a glorious mix of design, branding, creative direction, environments and moving image, drawing on all of Patrick’s experience and leadership skills. His work is characterised by humour, humanity and curiosity, backed up with strong conceptual rigour and a subtle Northern accent.

24 other products by: Patrick Duffy