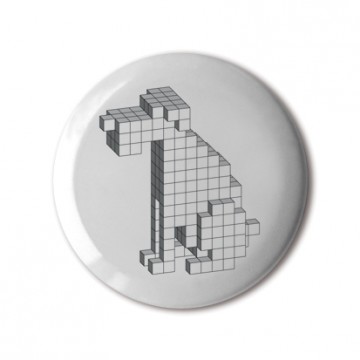 'Iwai' the pink Japanese signs (on yellow) means 'celebrate!', the dog character is called 'Harry', 'Sun and cloud' (green) and the 'Ribbon' (pink) are based on traditional Japanese mark.

Megumu Kasuga studied Graphic Design (BA) at Tokyo Gakugei University. He then went on to study on the Royal College of Art's (RCA) post-graduate Communication Art and Design course, London, where he graduated in 2001. During his last year at the RCA the design collective YiELD was born. It's international members work for clients in Europe and Japan. Megumu lives and works in Tokyo.

14 other products by: Megumu Kasuga