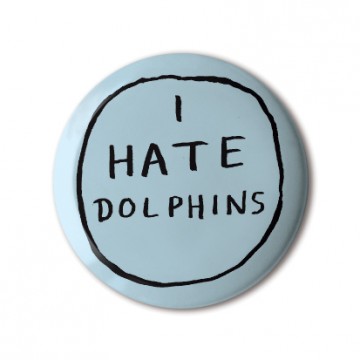 Jody Barton interviewed by Jody Barton: Are you an artist? Yes. I smoke French cigarettes and wear a beret. Do you have an easel? No. They remind me of deckchairs. Do you have one of those palettes that looks like a kidney in plan form? No. They are for oil paints. My laptop has a picture of a palette in Trompe L'Oeil* style on the top. (* French 3D.) Do you have a muse? No but I have a few favourite models; simple peasant girls making their way in London's tough medialand. Do you live in a garrett or an ivory tower? A hybrid ivory garrett/tower. Would you cut off an ear to impress a woman? I'd be willing to give it a go. Have you got any tattoos or interesting scars? Come round to my house and I'll do a tattoo for you. In fact I'm having a tattoo party soon. Do you have other strings to your bow? No, I'm also all out of metaphors. What are you wearing now? An Austin Powers outfit from a fancy dress shop. Do you have a studio? It's just down the road from this magazine's offices - we should meet for coffee. Do you use a computer? I use the iMac Apple PC Dell Dimension Intel Inside Celeron Acorn BBC Micro Laptop Desktop Flat Screen Wide Screen Sony Solar Easeltop Mini Organiser Mulberry Blackberry Raspberry Beret. Who is your favourite soap star? Judy Dench. Where do you get your ideas from? Coffee table books. Who makes the best mascara? YSL obviously - durr. Would you consider botox? As a gift. Do you wear the garb of bohemia? On the street... beret, striped breton shirt, smock, velvet loonpants, clogs, kerchief, saddlebags, poncho, ammunition belt, Che Guevara T-shirt, Chairman Mao's little red book, arab headscarf and afghan coat. But at home I relax in 'Juicy Couture' jogger bottoms. Would you go private rather than wait for an operation on the NHS? I like the NHS but I'd prefer to use the National Health Service. Are you alcoholic, shopaholic or chocaholic? Questionnaireaholic and a bit holicaholic. What do you like drawing? You can't go wrong with a nice skull. Thanks! Pleasure.

9 other products by: Jody Barton