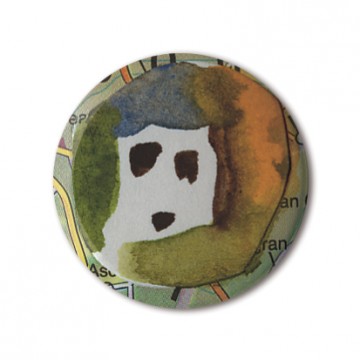 This button badge set forms part of her Around the world in 85 faces project.

9 other products by: Elisabeth Lecourt