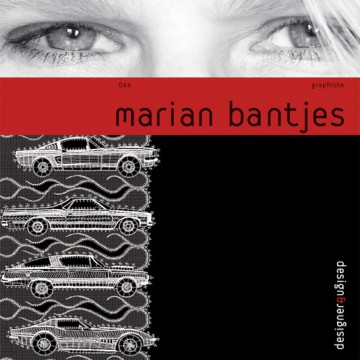 Design & Designer 066 – Marian Bantjes, official blurb: After 10 years as a typesetter for a publishing house and then another 10 with her own agency, Canadian graphic designer Marian Bantjes went independent in 2003. Her exceptional typographic compositions were soon featuring in a broad range of media and wowing prestigious clients such as AIGA, Print Magazine, Wired, Wallpaper, The Guardian and The New York Times. The Cooper-Hewitt National Design Museum has acquired several of her pieces for its permanent collection.

2 other products by: Marian Bantjes